This section allows you to view all posts made by this member. Note that you can only see posts made in areas you currently have access to.

That show cultivated drama more effectively than anything I have seen. It was serious tension with a palpable, real-world feel, though it was still set in the Star Wars Empire era galaxy.

I am floored by how good that series was.

Also, at the end of the last episode, there is an end credits scene.
2

« on: November 20, 2022, 07:57:51 PM »
The NES TMNT was one of those games that I beat once, then never picked it up again. That game was hard beyond the point of challenging and far into the zone of being frustrating. I spent most of 5th grade trying to beat that game. I think that 7th grade was dominated by Castlevania III, then 8th grade into freshman year was Mega Man 7. Those three games were all a pain to beat. I remember Castlevania more fondly though.
5

I think we'll have to go straight back to the TMNT arcade game. I spent so many quarters on that back in the nineties!

I do not want to ever play the NES original TMNT game by Ultra though. That water level still gives me the shivers!

I made the mistake of going to a housing association meeting last month. It was right out of a sitcom making fun of old people complaining about parking regulations. I think that I witnessed what at least one corner of hell looks like that night.
8

« on: November 03, 2022, 10:06:51 PM »
By "ran through the first game" I am not taking that as you beat it, right? Because, seriously, after stage four, that game is super difficult. I think I spent most of 5th grade trying to beat that game.  That NES TMNT made by Ultra was Turtles, but it doesn't hold a candle to the TMNT arcade game.

That water level with the electrified seaweed still gives me shivers.
9

Nintendo - Switch, 3DS, and Wii-U / Re: OLED Switch - Have you bought one? What are your thoughts?

We have the TMNT Cowabunga Collection, but haven't opened it yet!
10

« on: October 30, 2022, 02:45:15 PM »
I had zero plans over the weekend. I miss having Halloween parties, but still have no social network here as I moved down here right before COVID started.

Spoiler: ShowHide
He didn't have the GUTS to see it!

Why did the student witch have to go to elementary school?

Spoiler: ShowHide
She needed to learn to SPELL!

I thought I had a pumpkin joke, but every one of them that I could remember was just too seedy.
12

I have started Clone Wars probably four times, even as a go-to-sleep white noise show, and the first season is so boring that I make it about 6 episodes and give up. I also dont love using cartoons as canon. Thoughts?

I have probably watched through it more than 4 times, also as a go-to-sleep white noise show. The first three seasons are boring and slow. It really isn't until Ahsoka grows up a bit from those times she is independent from Anakin that she gets interesting. The story arcs with Obi Wan and Dutchess Satine of Mandalore get really good. Maul's return makes it even better with an actual tangible threat to the Jedi Order.

The series really culminates in the last four episodes of season 7 though, since it really shows a much deeper view of Order 66. It isn't just a handful of Jedi masters being killed, it is really a galaxy-wide event. At the same time, a civil war is occurring on Mandalore and you get to see how things play out between Ahsoka, Captain Rex, Dearth Maul, and Bo-Katan Kryze during that Mandalorian occupation.
13

« on: October 30, 2022, 02:34:53 PM »
Renee found some cutesy anime shows that were great to binge. Romantic Killer is streaming on Netflix. It is a cute short story about how a girl who is obsessed with video games, chocolate, and her cat, gets dragged into a real life dating sim game. Cutesy, but pretty good overall and short enough to binge in a night.
14

Since we know Obi-Wan is invincible between now and ANH, bring in some other characters (maybe Maul?) and just make him a badass for a couple more seasons.

You'll get to see Maul and Obi Wan. 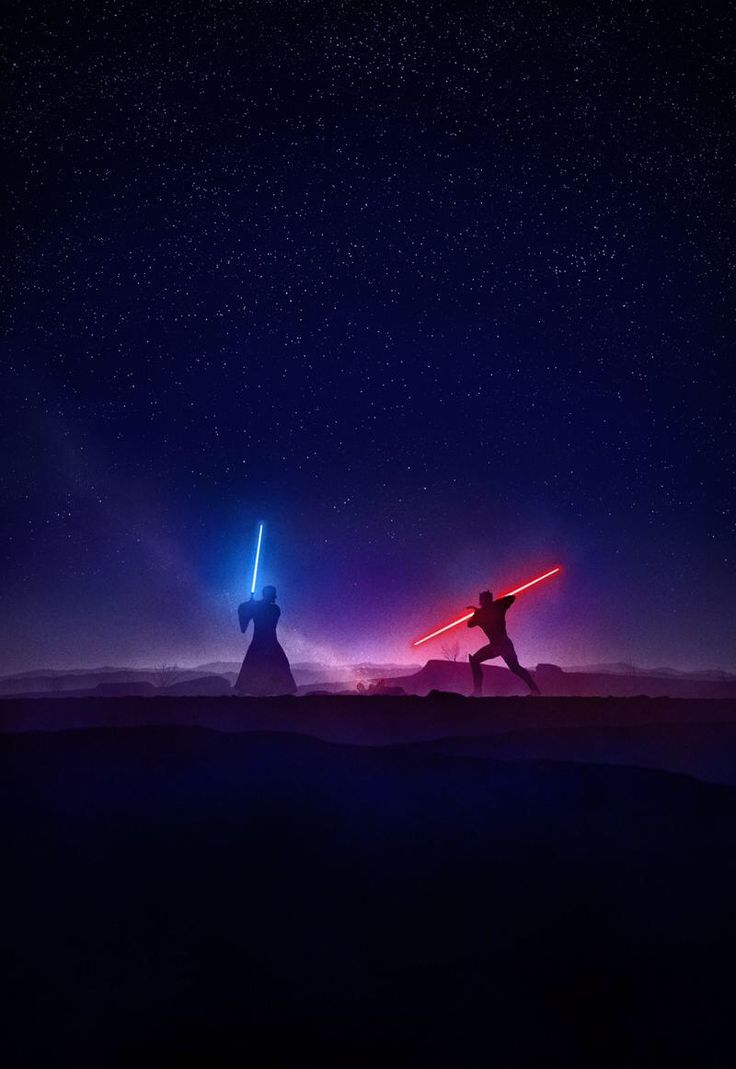 But I guess I can't talk about that.

« on: October 30, 2022, 02:25:40 PM »
Tales of the Jedi was just released too, which is a nice companion piece to The Clone Wars series.  That series is short enough to binge in one evening, but has nice backstories for Count Dooku and Ahsoka Tano.  Disney is really doing a great job of world building and filling in all of the little gaps!
17

LOL good topic... I unfortunately DON'T have Halloween jokes. This one will work:

A Skeleton walks into a bar... orders a beer and a mop

Nice! I had forgotten about that one.

Did you hear the one about the gravedigger?

He found out that he was in a dead end career...He was always buried in his work.

What did the banshee serve with crackers at her Halloween party?

« on: October 14, 2022, 10:24:48 AM »
This one started out as a pretty slow burn.  However, the writing gained momentum and smoldered the tension at a consistent build throughout.

There were no Jedi, no force users, and there was only one droid really featured in the earlier episodes. This was a departure from the regular Star Wars formula. This one was more gritty and more dramatic than most Star Wars releases.

The acting was top notch. The cinematography was immersive. I thoroughly enjoyed this series!

I have to restate; the acting was phenomenal. There were no bad actors and no poorly acted scenes throughout. This was one of the most solid things I have seen in a while.
19

Q: What do vegetarian zombies eat?

Spoiler: ShowHide
A: Because ghosts always bring the BOOS!

Q: Why did the witch go to elementary school?

Spoiler: ShowHide
A: Because she wanted to learn to SPELL!

Q: How do you know when a vampire is getting sick?

Spoiler: ShowHide
A: Because you can hear them COFFIN!
21

« on: September 30, 2022, 02:52:00 AM »
SSDs were no-brainer decisions for laptops; faster read, write, and random access times, better resistance to shock than spindle drives, lower power consumption, and lower heat output. My gaming laptop has one m.2 drive and one SATA drive. I don't think there is a single thing on the SATA drive in that.
22

And Christian Bale was a great villain.

That was the thing that kept my interest through the movie. I expected the villain to be lame, but Bale delivered the goods!
24

General Discussion / Re: Lord of the Rings: The Rings of Power - Amazon Series

Prime also has Wheel of Time coming out later this year for its second season. Netflix has another season of The Witcher as well. It is a good time for high fantasy type movies and shows!
25

« on: August 11, 2022, 01:04:01 AM »
Rebels leads up to Rogue One. One of the ships from Rebels, the Ghost, is visible in the battle over Scariff. Also, the Ghost's astro-mech, CH-1P "Chopper" appears in the base before that battle. Finally, "Captain Sindula" is called over the PA system at the base, tying in both Star Wars: Rebels and referencing the Sindula family that fought to free Rhyoloth.

The main character in Rebels was born the same day that Leia and Luke were born, so it takes place about 16 years after Episode 3.

Ahsoka was pretty much a child in the early Clone Wars episodes. She is a young adult by the end of season 7. This would put her in her thirties in Rebels and around forty by The Mandolorian.

Retro, the first episode is, well, it is Star Wars, but the first few seasons do start slow.
26

From watching Star Wars: Rebels, I saw scenes where he is still on Tattooine years later. It was a fresh part of the story seeing him in the uncertainty of his place in everything, then having to face his past. I also thought the casting was exceptionally good.

Knowing the end of a story does not always bother me. Afterall, Halo: Reach is one of those games where you know Reach will fall, but it was still great to play the story through to that fall.
27

Renee found a shadow box of Castlevania: Symphony of the Night pixel art!
28

« on: August 07, 2022, 03:10:15 PM »
I also got the NES and SNES Classic.  It is kinda funny because I have an original NES, SNES, and Genesis still too. I was never sold on the PS1 though; Sony had so much backwards compatibility that it did not seem that necessary.
29

« on: August 06, 2022, 09:41:34 PM »
I bought the Genesis Classic for Renee a couple of years ago. I really think that she has only played it twice though. I have an original Genesis console in storage at the moment. I am pretty sure that her brother still has the games for it somewhere at their mother's house.

It sounds cool, but I do not know if I could rationalize spending money on another revamp of the console.
Pages: [1] 2 3 ... 13