This section allows you to view all posts made by this member. Note that you can only see posts made in areas you currently have access to.

Destroyed tonight 17 to 2 in my last game.  I had to walk away at that point.  There is no victory to be had.

I read some reviews about the PC port not having 1080 resolution, but do not have a PS4 or Xbone.

Anyone familiar with the PC version of Nier?
5

I did beat Bloodstained: RotN.  That game is awesome.  I am currently working on Samus Returns on the 3DSXL as well.

I really have my eye on picking up Neir: Automata while it is on its Steam sale too.
6

« on: July 07, 2019, 09:19:35 AM »
I folded pretty quickly and bought this one from Steam the day of release.  Although many have been calling it the spiritual successor to Castlevania's Symphny of the Night, it does really borrow heavily from more recent Castlevania games.

I see heavy influence from Aria of Sorrow, Order of Ecclesia, and graphical style reminiscent of the PSP's Dracula X Chronicles.  Miriam's shard collection is not far from Soma's souls or Shanoa's glyphs.  The weapon selection is similar to those titles as well.  There are many subtle references to earlier Castlevania games [spoiler](Avenge Trevor's Death, and Invert!)[/spoilder], but there are many fresh takes on older concepts.

So far, I really like it.  Renee has been playing the game almost as much as I have so far too!
7

Does anyone want to plan on some gaming at some point during the day?
8

« on: April 26, 2019, 08:51:04 AM »
Last weekend I played a bit of Air Royale with my nephew.  It is plane based PVP without the building aspect in normal Fortnite play.  We actually did pretty well and got up to second place in one game. 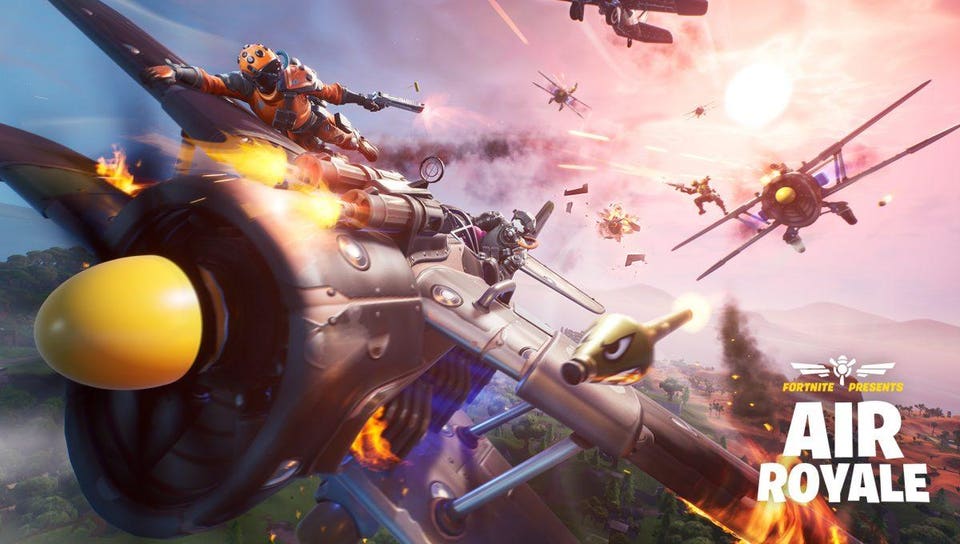 Retro Gaming and Hardware / Sega Genesis mini: it is happening!

This is going to be done right, by Sega.  Forty games to start, including Ecco the Dolphin, Sonic, Castlevania: Bloodlines, Altered Beast, and Toejam & Earl!

I have seen that the other Genesis retro systems have not done so well, nor did the Sony Playstation classic.  Since this one features games that have not been released elsewhere (Castlevania: Bloodlines) I think that it may do far better!
10

« on: March 16, 2019, 01:15:36 PM »
FFX was not only one of my favorite Final Fantasy games, but also one of the most amazing PS2 experiences.  I picked up the remaster years ago, but had stopped part way through the game due to obligations at the time.  I picked it back up recently and am hooked.

The HD remaster gets rid of any blocky, pixilated graphics and adds some international version features that are not apparent until mid to late game.  The expanded sphere grid and addition of dark aeons to defeat change the end game strategy quite a bit.

Years ago, I had written off the celestial weapons for each character after frustration with the chocobo racing, butterfly chasing, and lightning dodging, thinking all three were ridiculous in difficulty and not necessary to defeat Sin.  With the changes in end game enemies, I went back and defeated all three this week.  I got the 0.0.0 time on the racing, completed both butterfly catcher trials, and dodged 215 consecutive lightning bolts to get the Onion Knight weapon!  Now I just need to play about a month's worth of Blitzball to get Wakka's weapon and overdrive abilities! 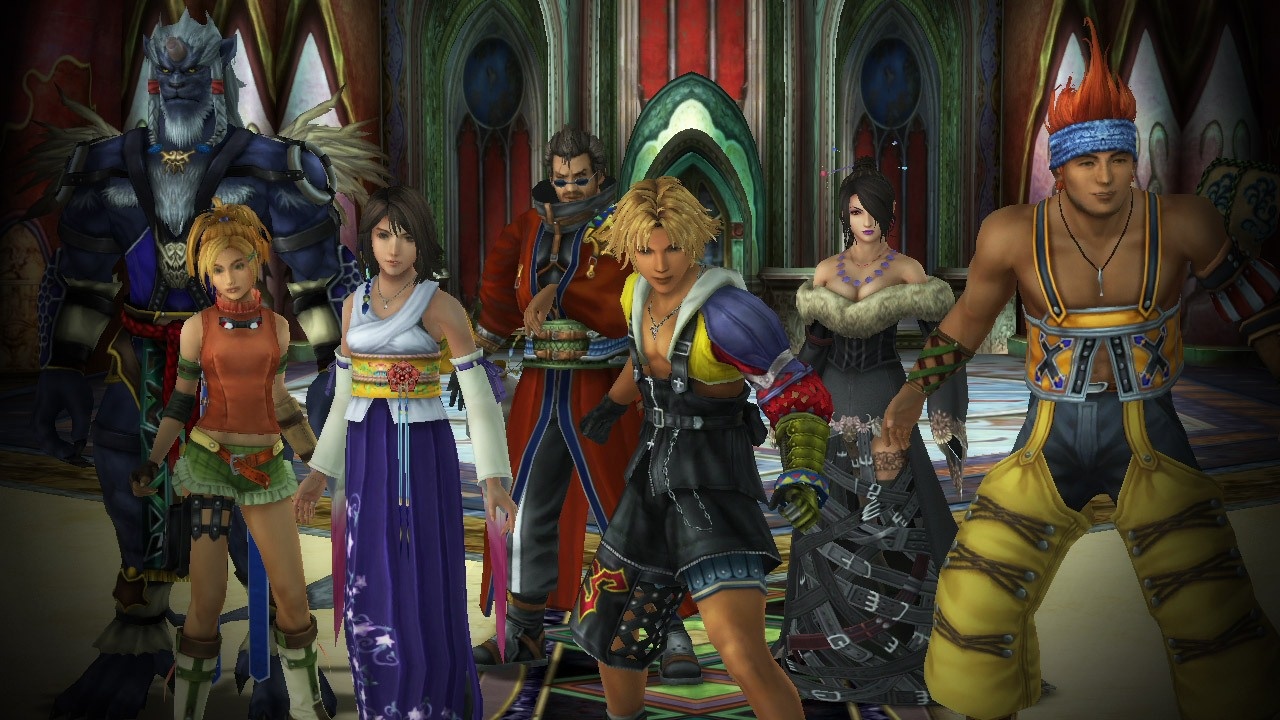 « on: February 02, 2019, 01:36:17 PM »
Reports are showing that this will be a graphically updated, mechanically rebalanced, fully backwards compatible version of Warcraft III.  What?!

Anyone else looking at potentially getting this?

General Discussion / Bioshock: I don't get the series.

« on: January 30, 2019, 06:00:35 PM »
I have Bioshock, Bioshock 2, and Bioshock: Infinite on both PS3 and PC.  I have tried numerous times to play all three and always stop playing two hours later.  These games are very highly rated, have amazing graphics, and great gameplay mechanics.  Yet, I just do not seem to ever understand the reasons behind the actions in the games.

What is it about the Bioshock games that I am missing that has made the series so highly regarded?
14

Video Game High School was actually moderately entertaining.  Gamers go to a high school where they are divided among the fighting games, driving games, and FPS games. 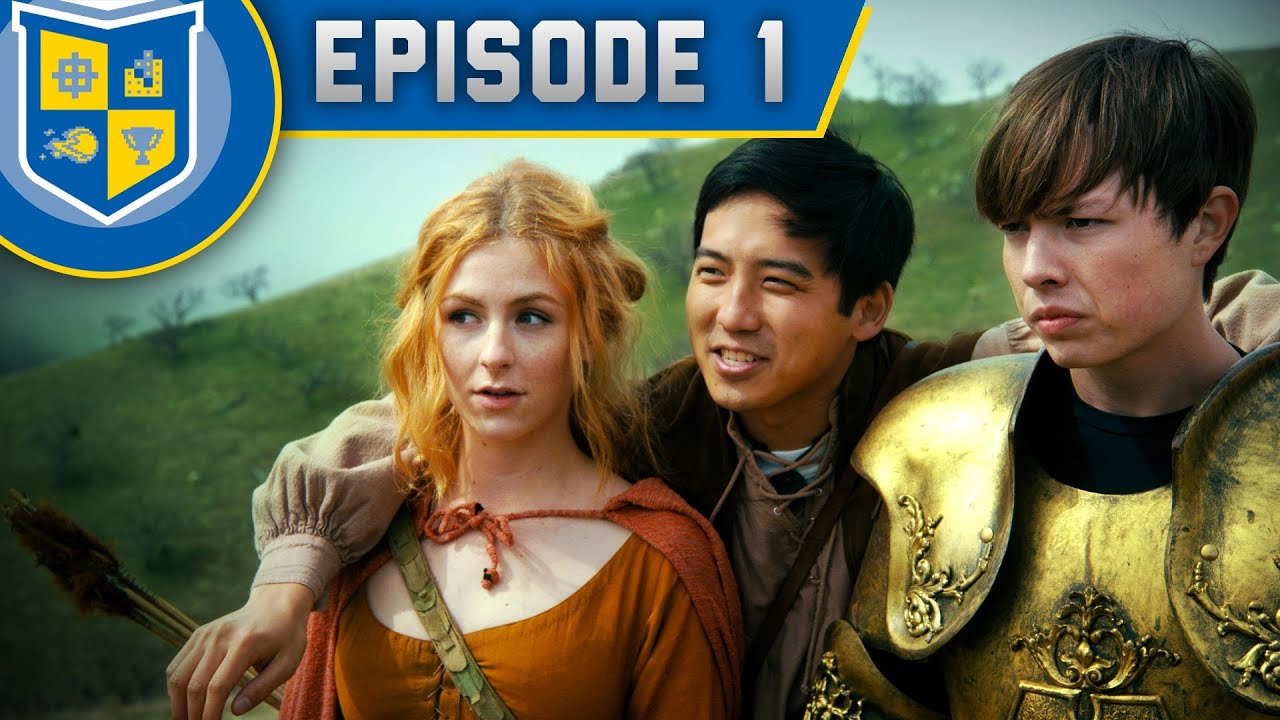 Hi Score Girl is an anime that my girlfriend recently started watching.  It is all about old school '90s gaming noting Final Fight, Virtua Fighter, King of Fighters '94, Tekken, and showing more than a few clips of the Darius games.

Both are worth a watch.

This is the worst Castlevania III: Dracula's Curse imitation that I have seen.  It would have had potential in 1989 if it were by Konami...  Maybe it appeals to some retro fans.  Thoughts?
19

Consolidated screenshots from my Steam gaming over the years!

I have taken some nice snapshots, especially on my extended vacation to Skyrim!
20

A Winner Is You / ICEY on Steam 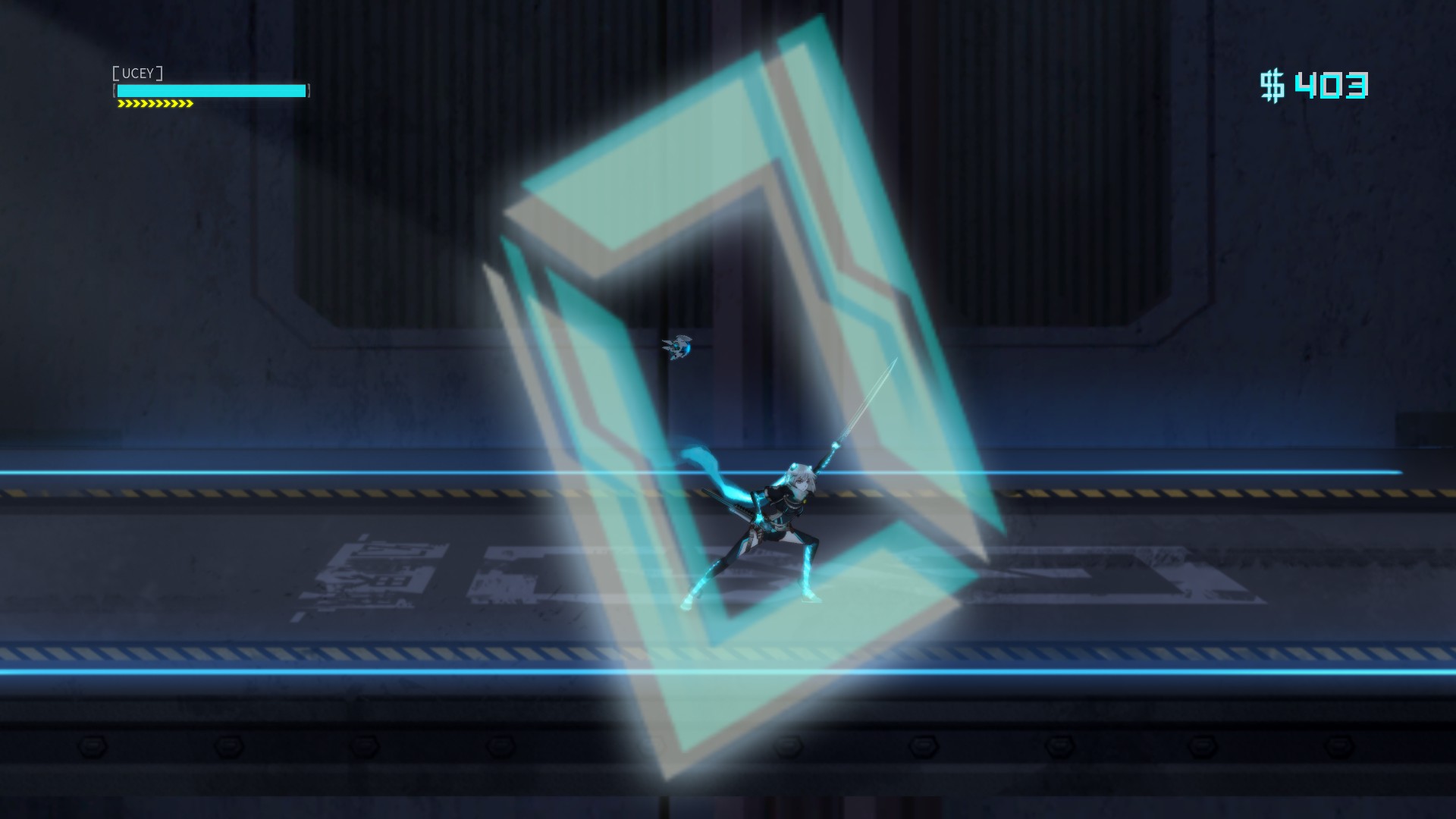 I have tried a Razer Basilisk, Logitech G402 Hyperion Fury, and Logitech G502 Proteus Spectrum over the last two weeks.

Between the three, I like the feel of the G402 the most.  However, I have pets that like to chew, so the more durable G502 (metal scroll wheel, braided cable) will likely be my main mouse for the foreseeable future. 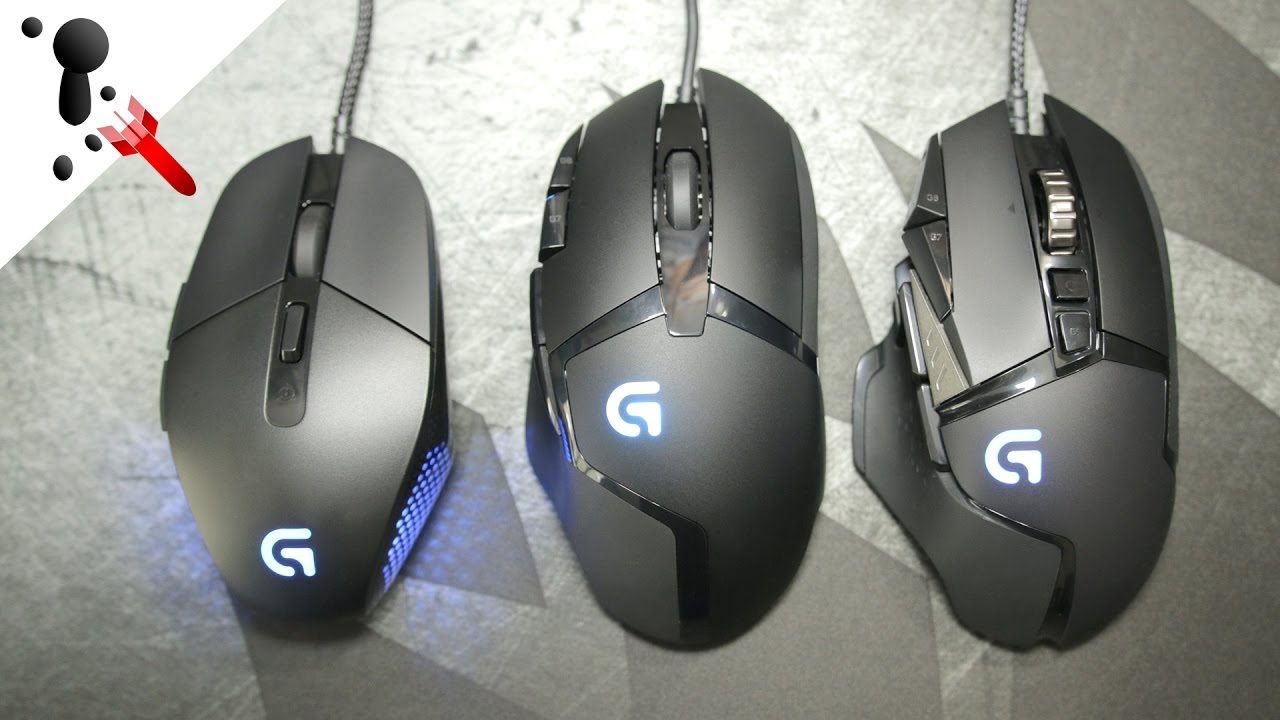 Steam released a "Definitive Edition" (whatever that means) and it sparked my interest again.  I am not far into it, but the graphics and sound are outstanding.  The beginning is surprisingly sad, so be prepared for that if you play it.. 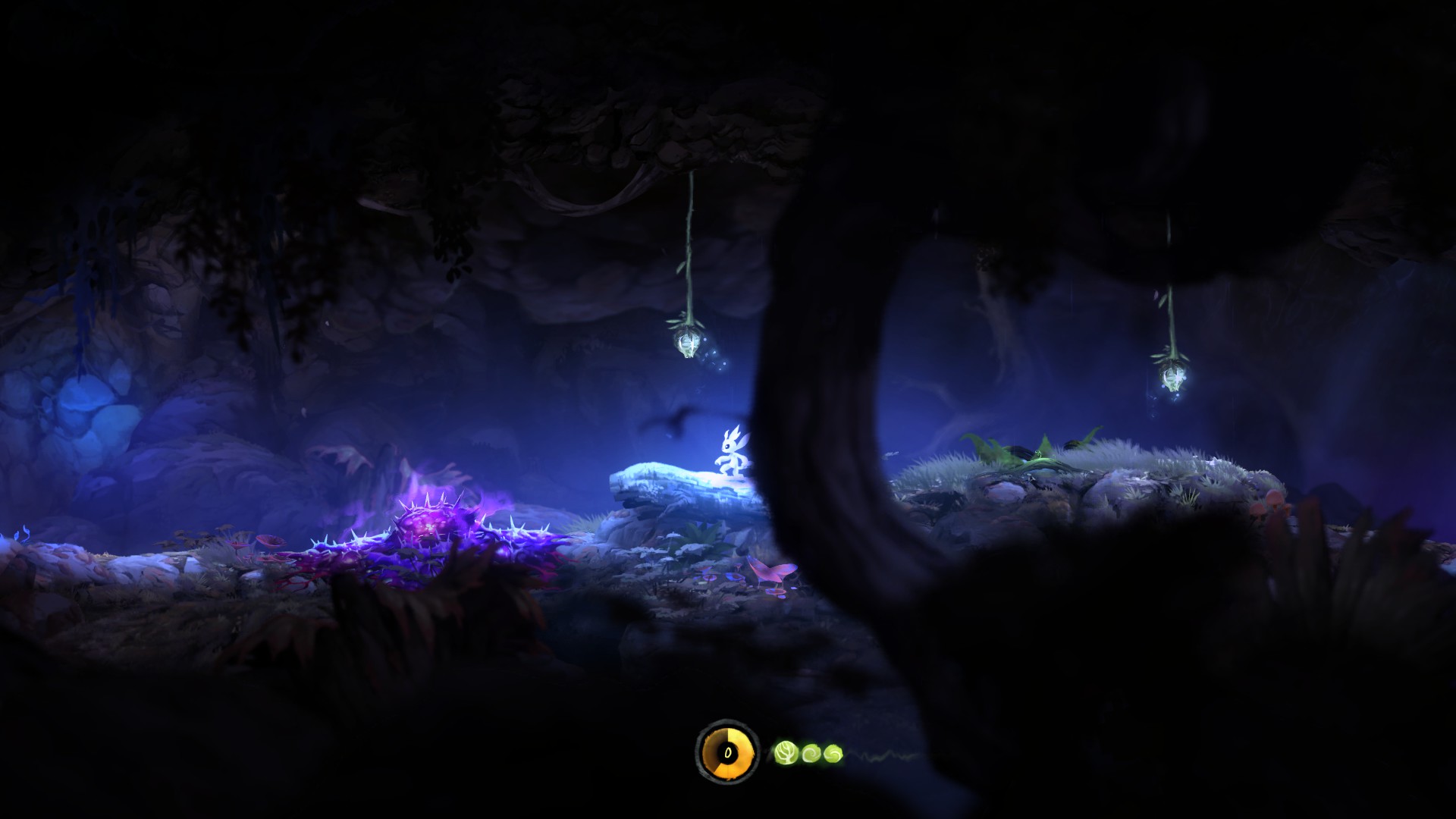 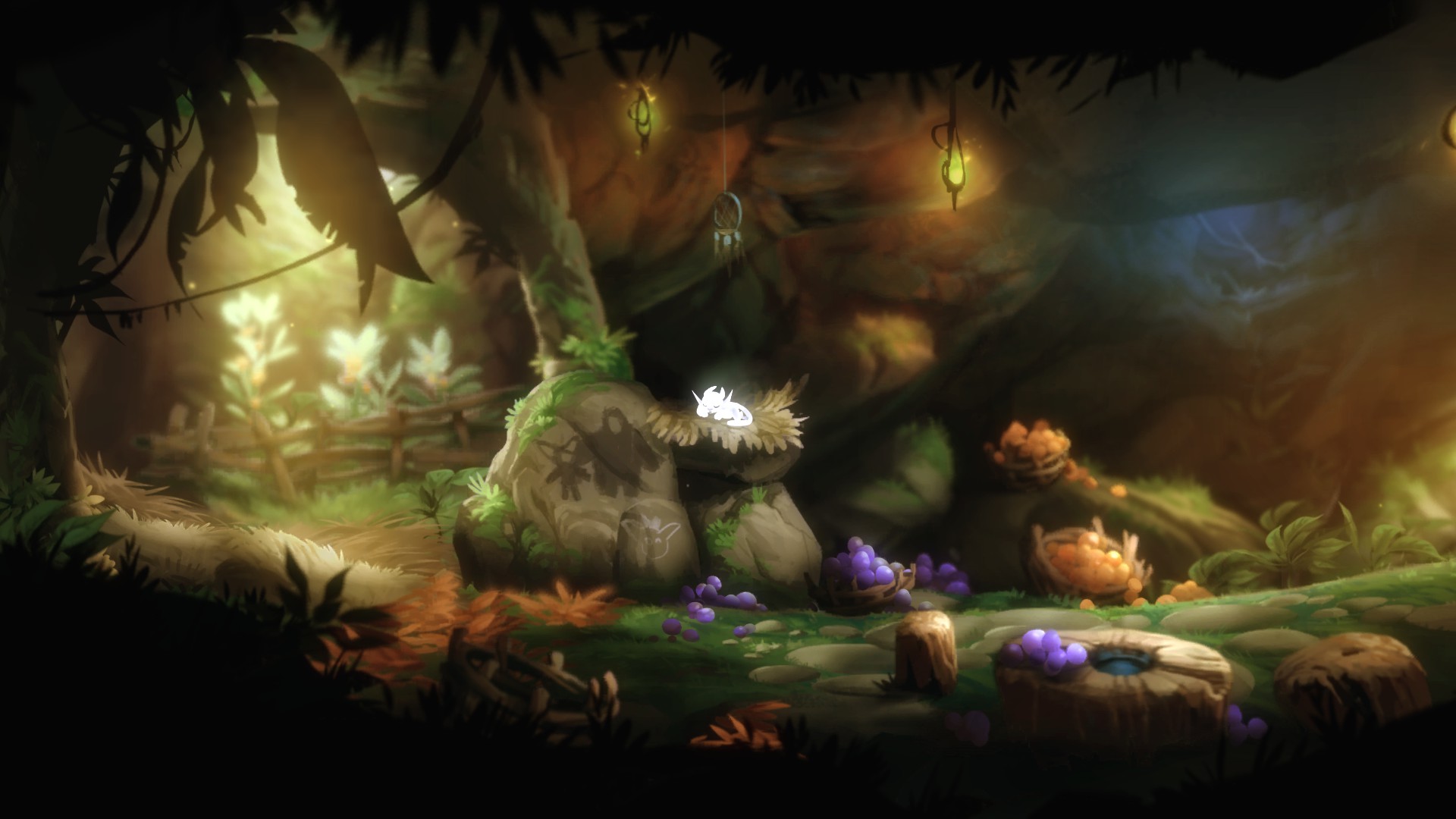 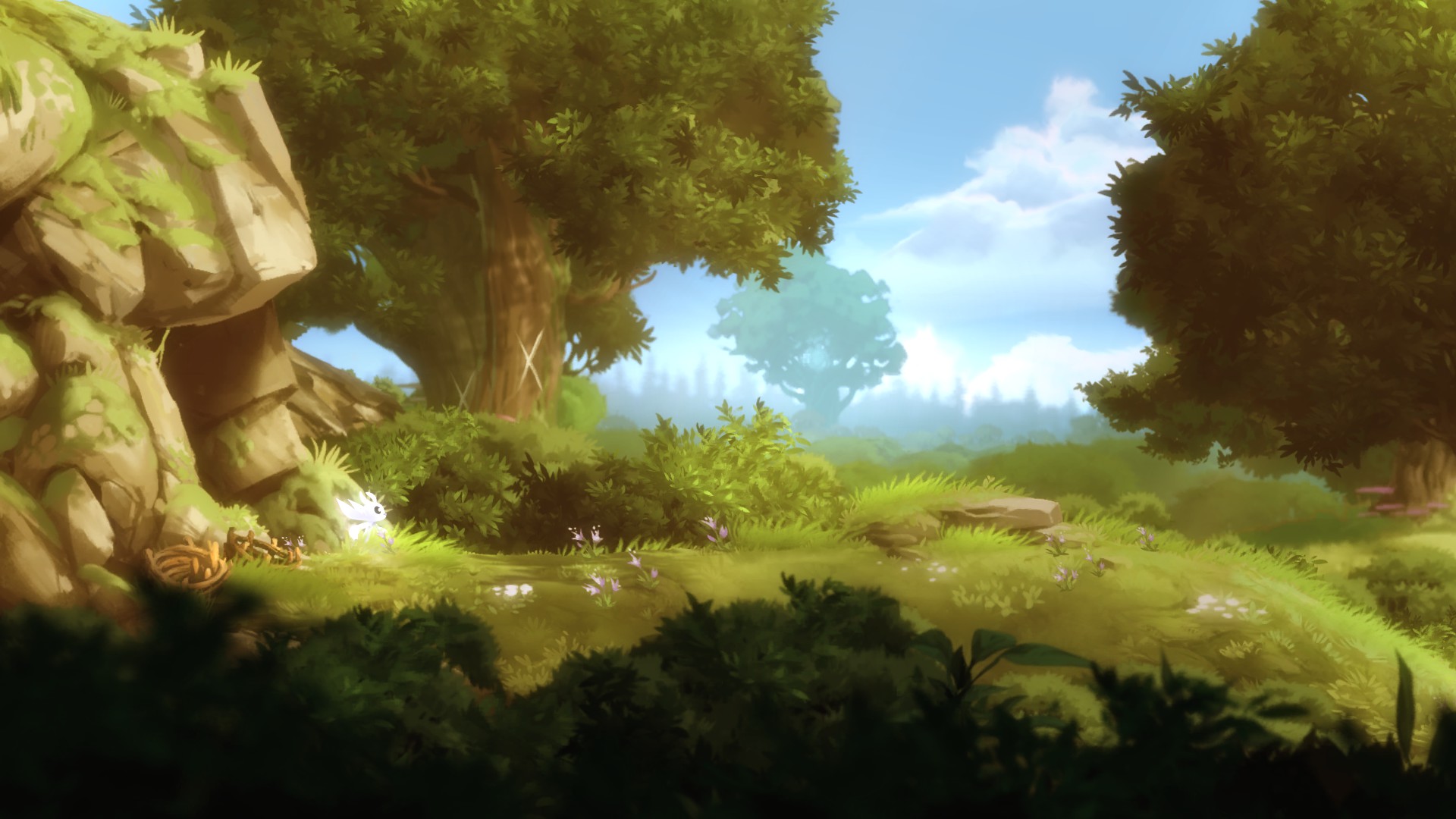 « on: March 25, 2018, 01:06:42 PM »
I finished the game HOB on Steam.  It is a realllly good exploration game.  The plot is fairly esoteric; graphics are amazing though!  It oddly has a bit of the vibe from Journey on the PS3 mixed with very little guidance and exploration until you find a way, like early Metroid games.  The gameplay is just solid; it was a satisfying game with a rather odd ending. 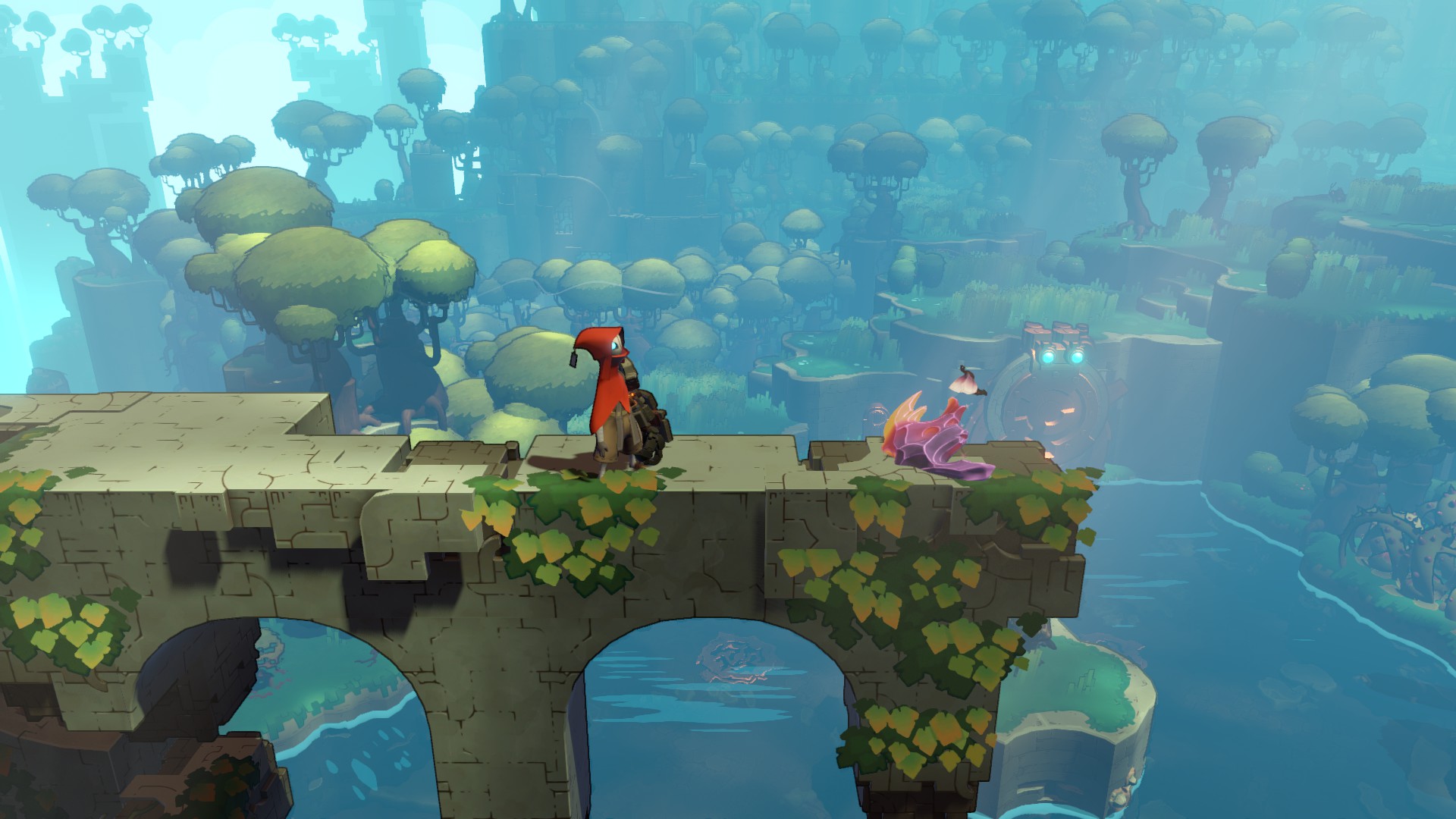 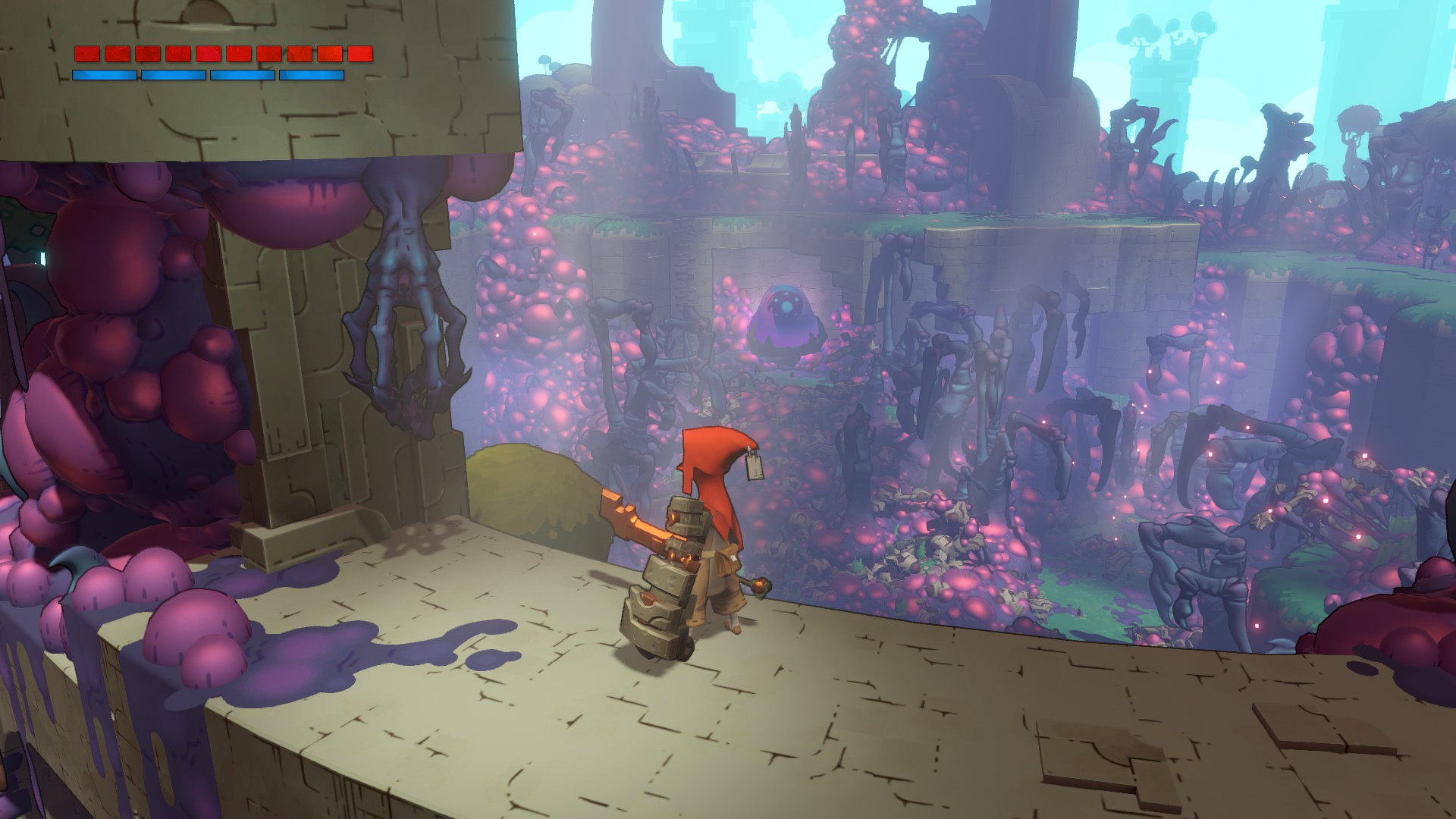 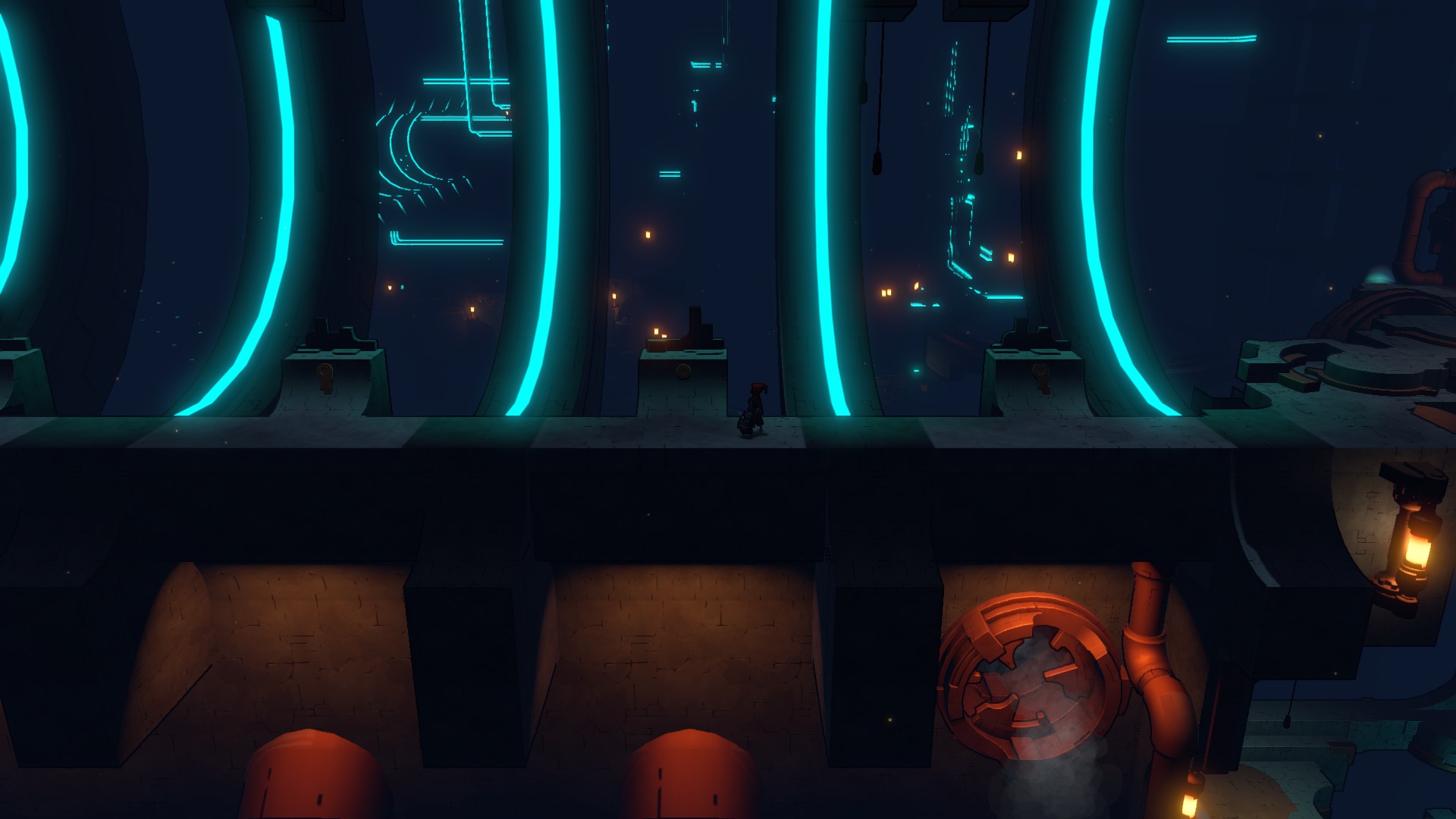